Equity of Gender and Race through Pre-Texts 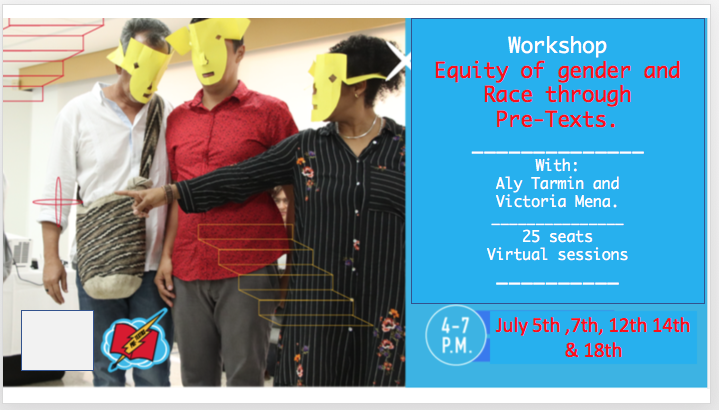 In July, Aly Tarmin and Victoria Mena led a Pre-Texts workshop on “Gender and Race Equality through Pre-Texts” for 10 to 20 participants from different countries. The workshop is an implementation, part of the Summer Internship 2022.

“After completing this workshop, I was amazed at how brilliant the participants were! We utilized the Pre-Texts protocol for five different workshops, implementing literacy, artwork, and citizenship building. Initially, we introduced the participants to the Pre-Texts protocol by explaining its principles and where it originates from — Cuban tobacco factory workers listening to stories while they worked. We also discussed the Cordel literature and how Pre-Texts has implemented the “clothesline” in in-person sessions that imitate this principle. Then, we read the text out loud while having the participants doodle and ask a question about the text. After this initial introduction to the text, participants could implement their artistic activities, such as making a collage or implementing a mock trial.

Furthermore, between each session, we implemented the “tangent” or “branches” activity where we connected the main text (Antigone) to other forms of media, like songs, poems, or movies. This activity was a great hybrid implementation between Spanish and English. I believe this activity improved the English skills among participants, and even helped me learn a bit of Spanish as I followed along with what participants were saying!

With each following session, we opened up with this “tangent” activity, completed an ice breaker activity such as discussing a book everyone hated, and followed with artistic activities that participants wanted to facilitate!

I enjoyed the cross-cultural lens Vicky and I added through facilitating, and I am proud that we implemented a gender and racial analysis of Antigone! I loved the group and look forward to working with these fantastic academics in the future!” 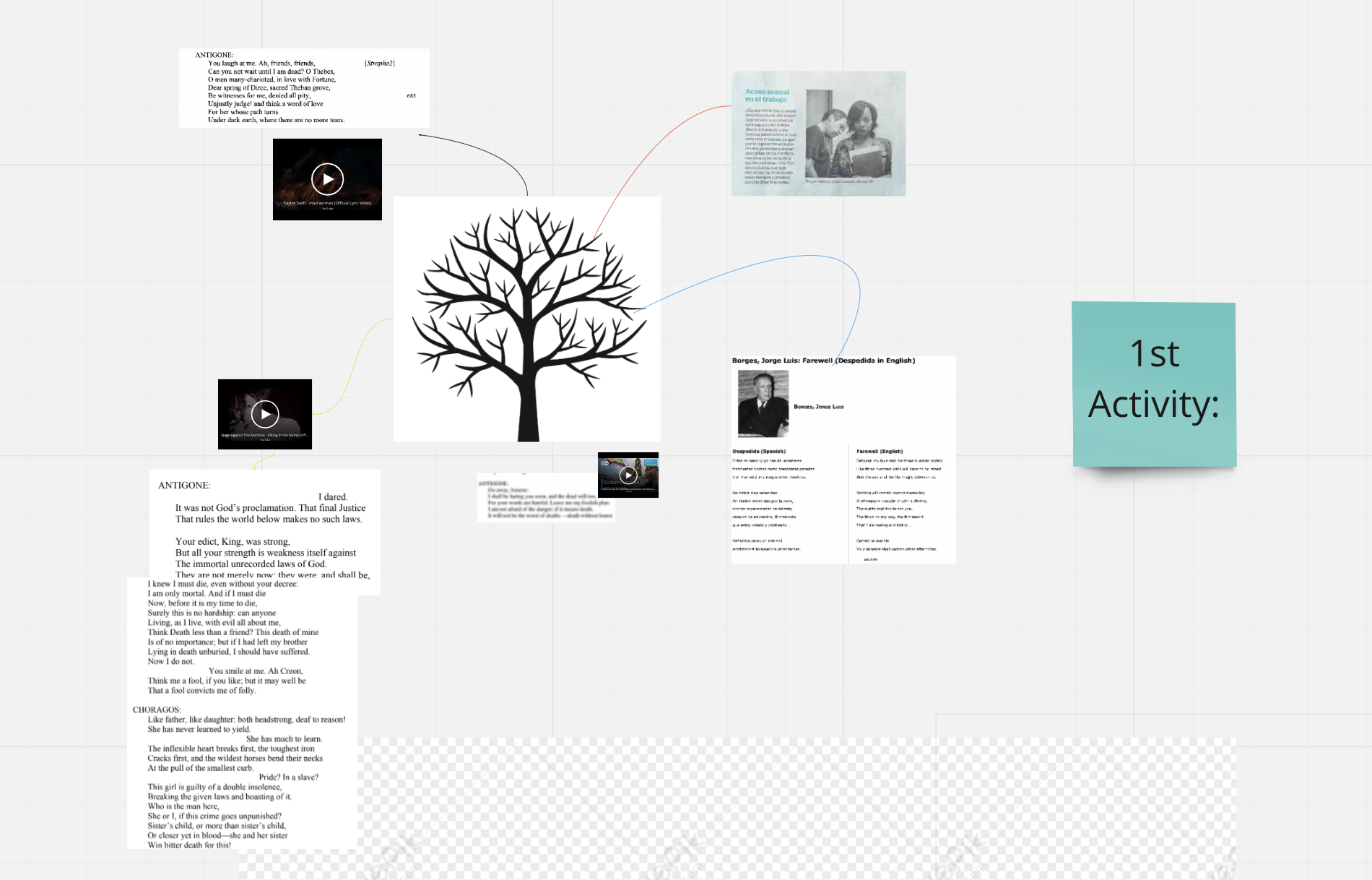 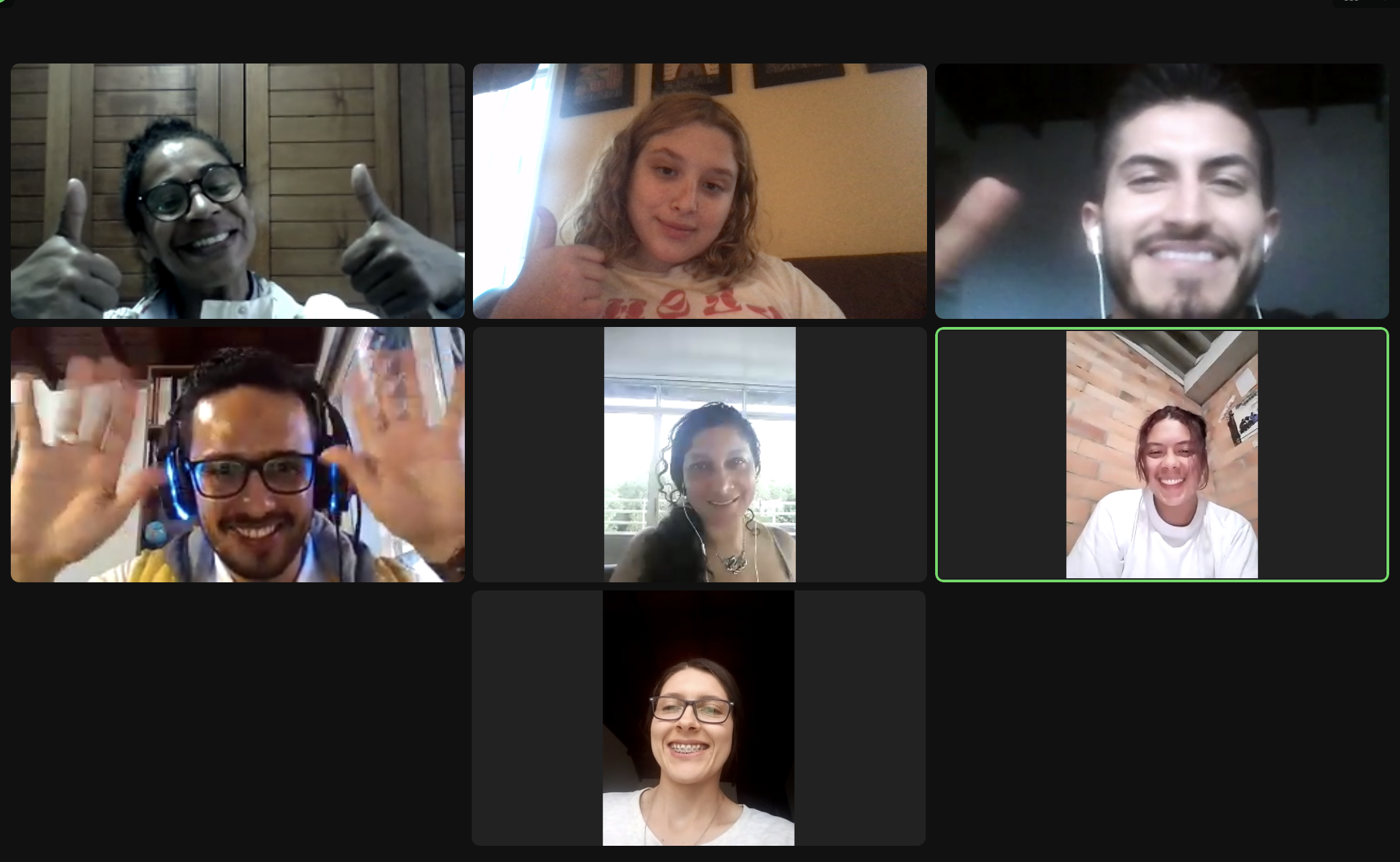