When: Summer, 2015
Where: Cambridge, MA, USA
Institution: United Somali Youth, and Harvard University
Text: excerpts from Dave Eggers’s What is the What 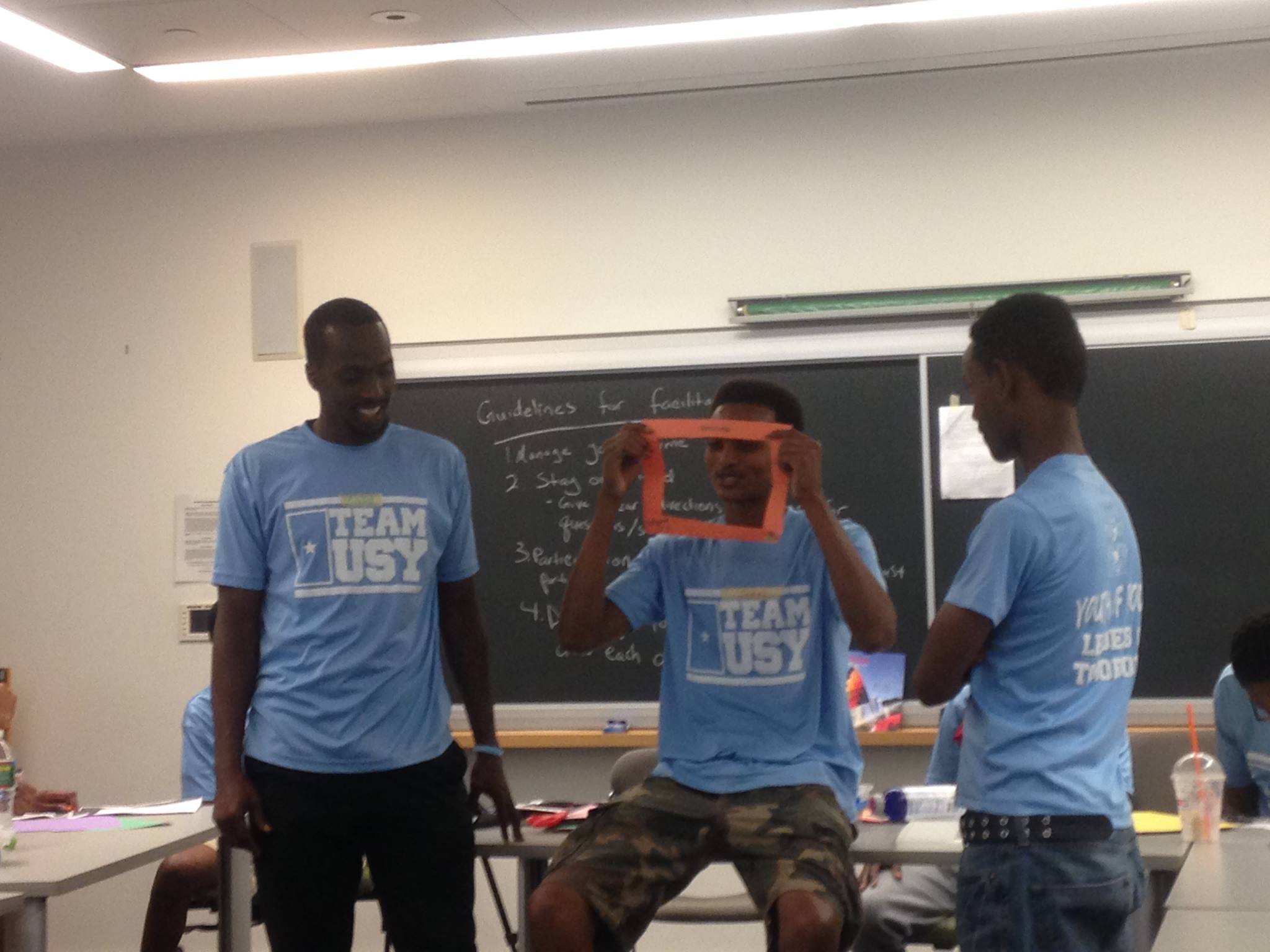 The Cultural Agents team hosted the United Somali Youth Summer Pre-Texts Program at Harvard University. The youth participants grew increasingly confident in their roles as facilitators, embracing Pre-Texts methods and values such as waiting for everyone to speak and respecting diverse interpretations.

During each session, two or three facilitators led activities based upon excerpts from Dave Eggers’s What is the What, a novel documenting the experiences of a Sudanese war refugees.

Students drew directly from the text in order to play a game of charades depicting literary devices, choreograph a dance routine based upon a particular scene, or write a backstory of a secondary character. The group frequently broke into laughter and applause while watching their peers perform or listen to a thoughtful explanation of an interpretive choice.

Amanda Bennett, an intern at Cultural Agents, shared her experience at one of the workshops:

As a Pre-Texts facilitator, I have enjoyed the opportunity to work with the United Somali Youth students and learn how they creatively approach literature. Students created and led an activity today in which participants had to create hashtags or tweets based on the text, which allowed students to connect with What is the What in a way that seemed relevant to their daily lives.