Prof. Doris Sommer facilitated a Pre-Texts workshop with teachers from 10 schools in Cluj-Napoca during the first week of December 2019. After the training, teachers will start working with Pre-texts in 2020, as part of the Art’n’Play program.

Art’n’Play is a project for cultural and artistic education in schools. The project establishes a network of schools where art and creativity are offered as resources for children’s social and cognitive development. Ten schools in Cluj-Napoca host for the duration of an entire school year an artist-in-residence who works with students, teachers and the community around the school to develop artistic projects meant to encourage innovation in the learning environment. The project generates a collaborative framework for creative experiences that will encourage and facilitate students’ access to culture, both within and outside schools, by participating in art exhibitions, performances and creative workshops and supporting the integration of cultural content into formal educational processes.

Prof. Doris Sommer also contributed to the development of the Artistic Thinking learning module for the Culturepreneurs program, which is curated (and will be delivered) by the University of Art and Design of Cluj-Napoca.

Culturepreneurs is an entrepreneurial education program for the cultural and creative sectors. The project supports the creation and development of businesses and social businesses in design, film, music, crafts, publishing and other creative sectors by providing access to co-working spaces and labs, training and consulting in management, technology and societal challenges, as well as by organizing meetings with potential investors and distributors. The Culturepreneurs program is a key component of the Cluj Future of Work research and development project, co-funded by the European Commission through Urban Innovative Actions. 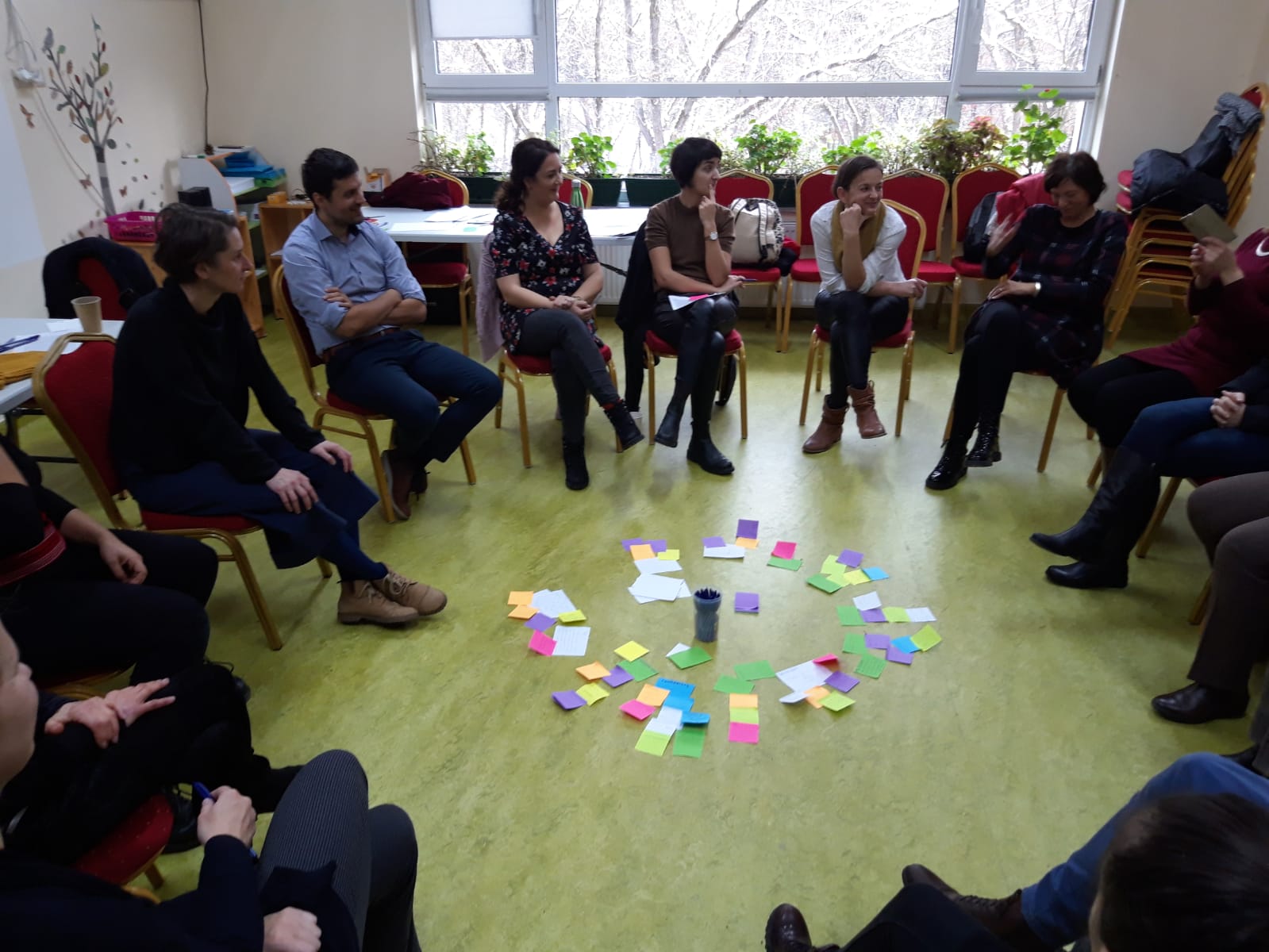 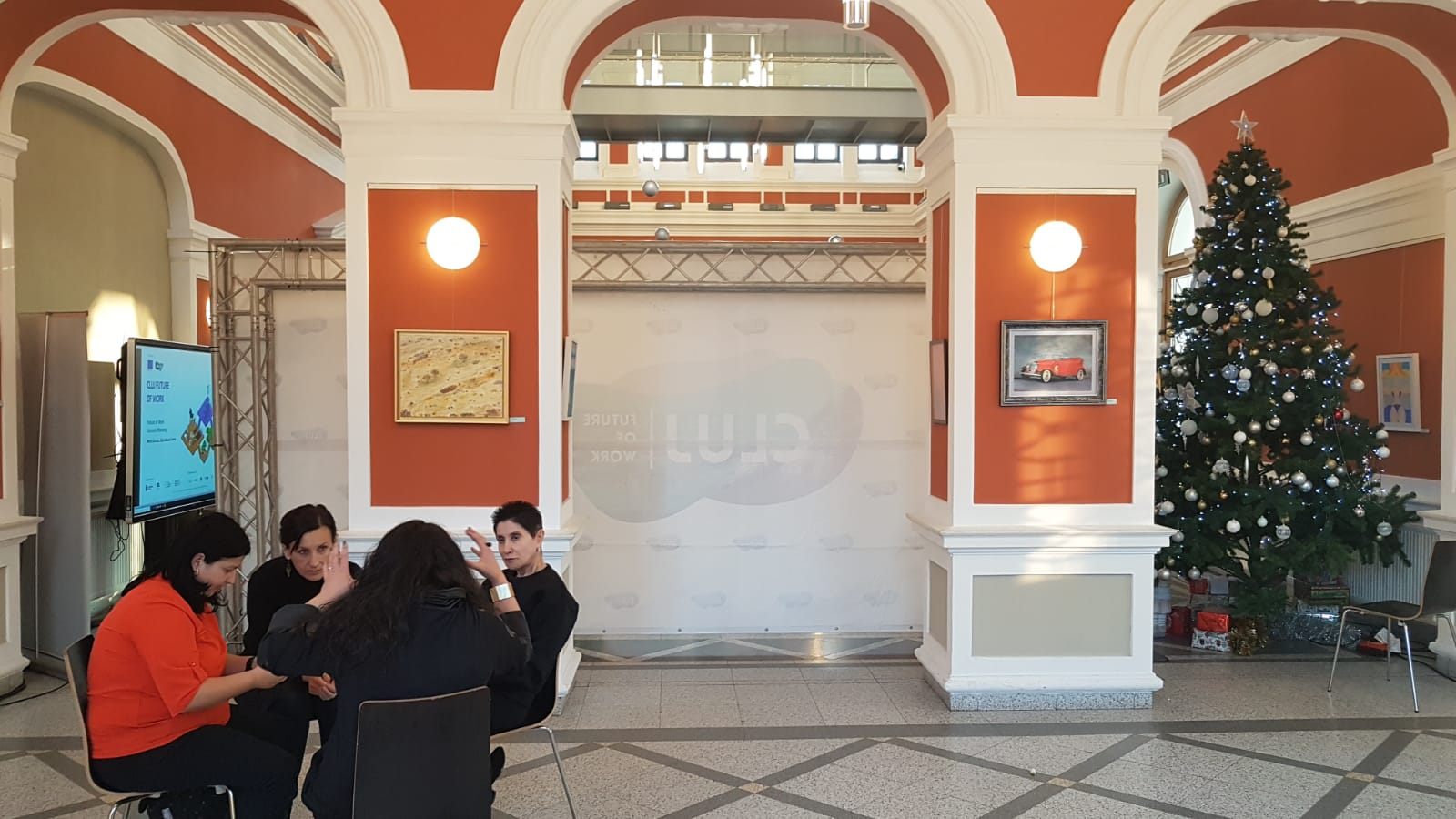 Report on Pre-Texts in Cluj-Napoca by Cristina Rogoz:

Pre-Texts training sessions, led by Dr. Doris Sommer, took place in Cluj-Napoca, Romania, between December 2-4, 2019. Representatives of the City Government, including Mayor Emil Boc and Directors of the Cluj Cultural Center, had visited Harvard the previous September and began to plan a pilot training workshop. In the bright cold of Christmas season, administrators, artists, and educators were welcomed into Transylvania College to become pioneers of Pre-Texts.

We completed the 15 hours of required training for our 23 participants from different backgrounds: teachers, artists, cultural managers, curators, etc. Ten were docents from a variety of museums and centers in Cluj-Napoca; five teachers were faculty in our private, host institution, the Transylvania College International School. And another group of five teachers came from a public school, Școala Gimnazială Iuliu Hațieganu.

Together we represented a range of different specialties: mathematics, technology, chemistry, art, language and communication. Two of us teach primary school courses. They were selected and relieved of teaching duties, with the support of school principals, given the general sense that pedagogical change is urgent for Cluj, a city with great potential for development. Pre-Texts was promising as a program that would address the objectives of technical and social advances.

The training sessions started with the presentation of the protocol and the history of the program. Though some of its elements are based on empirical learning from different communities and groups, we joked that Latin America is not very far from Romania, since we share romance languages. Understanding the history of the program as a response to the general crisis of low levels of literacy, the protocol was easy to learn and establish.

The following step was the selection of our core text. After considering several options that Doris proposed, one participant objected to only one: the Panopticon chapter from Michel Foucault’s Discipline and Punish. That objection clinched the decision in favor of Foucault. It was not really a perverse move, Doris said slyly, because we often have to work with uninviting material. Teachers and students are obliged to work with established syllabi that include texts they find uninviting, difficult or boring. Pre-Texts comes to the rescue precisely to turn any text into raw material for having fun. The following day, the team worked with another text, a chapter from Adam Smith’s The Theory of Moral Sentiments. Both texts were the subject of discussions and pretexts for interpretative activities: theater scenes, collages with natural and artificial materials, drawing and even the simulation of a social media feed. All the activities were proposed by the participants, and every one of us led an activity during the three days of training.

That insured the active participation of each person in the group. Among the activities was bringing in a tangent inspired by the core text. Each participant sought out and brought in articles and texts related in an obvious or less obvious way to the texts. This simple part of the protocol helped to open new perspectives, to discover new interests and encourage connections among people who didn’t think they had many things in common. This aspect of the training encouraged individual development, not only intellectually but also socially and emotionally, as each participant felt they brought something personal and valuable in the group, and that “something” was the subject of everyone’s attention, even if just for a short time. This helped everyone feel seen, heard, understood and respected.

The technical aspect of the training, the protocol, was easily adopted by the group and was the guiding element throughout the 3 days of training. As a method It is easy to understand and apply. As such, each participant felt safe within its structure. Each activity was proposed and led by one of the participants, and this was also a source of support that made everyone in the group feel comfortable and willing to get involved.

The last part of the training was dedicated to open discussions and proposals from the group. Each participant had the opportunity to share plans to use the Pre-Texts protocol in the future and to ask for support from others in the implementation of the program. Many proposals involved implementing the protocol in classrooms or groups of children, as most of the participants are working with students of different ages.

Pre-Texts was also the inspiration to consider a broader level of education, considering the shortcomings of public schooling in Romania and the fact that Cluj-Napoca is a university town and a site of both pre-university and university education. Pre-Texts can serve as the basis for much needed change at earlier stages to prepare young people to take advantage of higher education and to develop career opportunities. If school dropout is a general problem, for Romania dropping out of the country through emigration compounds the challenge of keeping people on track and at home. We now have an opportunity to re-think Pre-Texts at a strategic city-wide level. This is something we are currently pursuing in Cluj-Napoca among administrators in City Hall, relevant NGOs and companies that can contribute to exciting change in education.