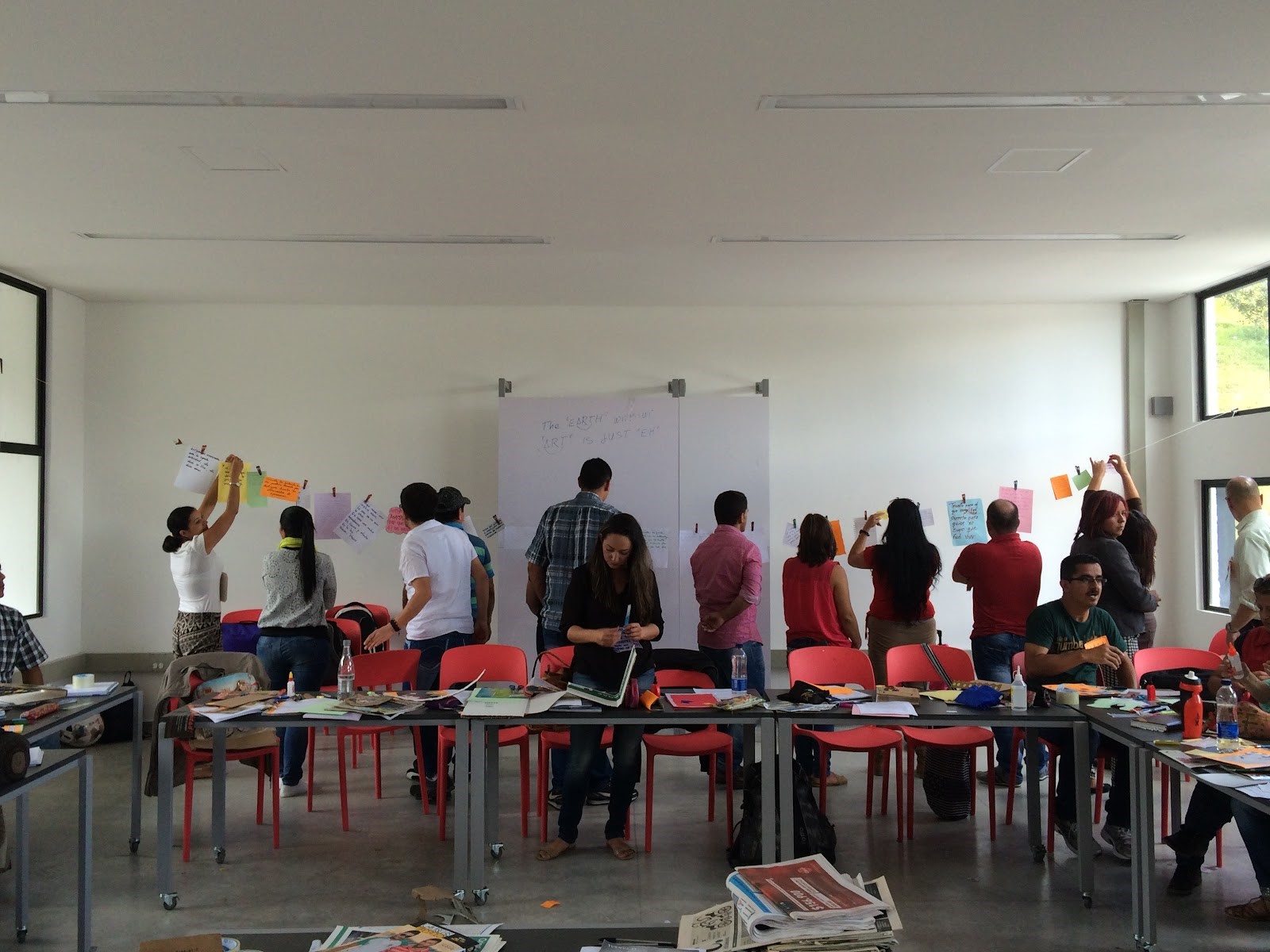 In collaboration with the government of Antioquia and their Parques Educativos (educational parks) project, the Pre-Texts team introduced a program on Critical Thinking and Playful Methodologies in Reading and Writing using the Pre-Texts Method. The program included four Pre-Texts workshops throughout the region in Santa Rosa de Osos, Andes, Guatapé and Chigorodó.

During the week of June 13th, four facilitators from the Boston-based Cultural Agents team and four from Colombia trained 108 teachers in Pre-Texts as part of the Parques Educativos initiative. The teachers became Pre-Texts facilitators and planned to bring the Pre-Texts method to their respective schools and replicate the program with their students from June-December 2015.

Pedro Reina-Pérez shared his thoughts after leading one of the Pre-Texts workshops in Antioquia:

My workshop was held in Guatapé–one hour away from Medellín–at “El Zócalo,” which is one of the nicest Parques Educativos in Antioquia. Guatapé is practically surrounded by water as it has one of the largest freshwater reservoirs in the country. The people were welcoming and eager to be of service. They were truly warm.

The group was comprised of 30 teachers from all school levels. They were enthusiastic, cheerful, and very committed to their craft. It did not take much time to convince them to jump head-on into the Pre-Texts activities. They were proud of their “paisa” (regional) culture, and expressed it in each activity. Curiosity was one of the traits that characterized their approach to learning. They demanded clarity from us and responded with creativity and originality.

Music and poetry in all forms stood out from day one. Whether through “trova” music or hip hop the participants were eager to respond to the challenges presented. To our surprise, the group bid Elsa [the co-facilitator] and me farewell with a trova as we stood outside in the sun. It was a personal and gratifying end to our three-day stay in a land bursting with opportunity.