The Paper Picker Press (PPP) hosted a series of teacher-training workshops at the Institute for Contemporary Art (ICA) in Boston in March 2010. These workshops examined poetry of Emily Dickinson, who was a major source of inspiration for Roni Horn, an artist featured in a retrospective at the ICA. The participants were educators of all age-levels and disciplines, an enthusiastic and highly creative group that immediately implemented the methods of the PPP between weekend workshops and reported back on their successes. After creating activities based on Emily Dickinson’s poetry, the final workshop concluded with a tour of Roni Horn’s exhibition, which allowed the participants to reflect on Horn’s unique interpretation of the texts and the intersection between literature and the visual arts.

Words and wordplay are highlighted throughout the prolific work of American artist Roni Horn. Prominently featured in her art are the words of 19th century, Massachusetts poet Emily Dickinson whose simple and yet powerful writing provokes Horn to “…read again as if you had never read her before (and) somehow the work never becomes familiar.” The ICA and the Cultural Agents Initiative at Harvard University offered educators an opportunity to rethink Dickinson’s literary works using interdisciplinary strategies and approaches– performance, visual, literary. By inviting participants to approach classic texts as recyclable material, this series of workshops used creativity and critical thinking to empower classrooms and communities. Read more here. 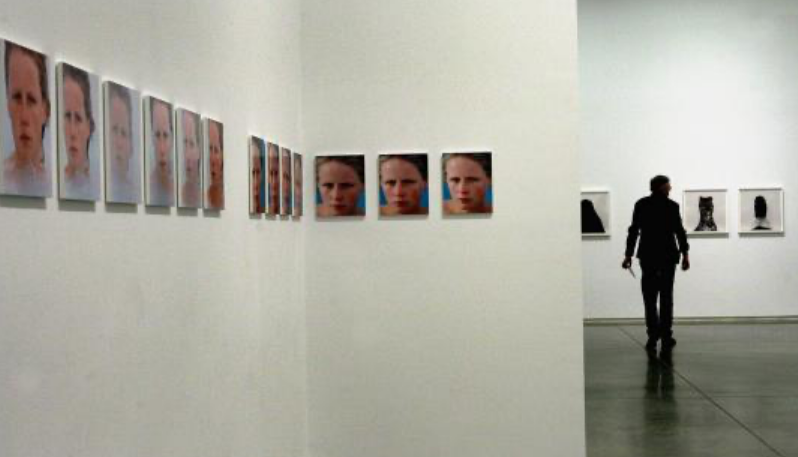