Since spring 2015, Emory faculty and students have been playing with Pre-Texts, participating in workshops, implementing Pre-Texts in at least ten different courses across the university, and using this approach as a way to build university-community partnerships.

The CFDE Engaged Learning Program, in partnership with the Emory Integrity Project, held three Pre-Texts workshops focused on Mary Shelley’s Frankenstein. These workshops came on the eve of Frankenstein’s 200th anniversary of publication and were an opportunity for diverse groups of faculty, staff, and students to deeply explore segments of this novel through a unique approach to engaging written text(s). Because each workshop focused on a different part of Frankenstein and drew on various Pre-Texts activities, faculty were encouraged to attend as many workshops as they could to more fully experience the pedagogical practices of Pre-Texts.

Prof. Hartfield-Méndez facilitated this series of three mini workshops that used excerpts from Mary Shelley’s Frankenstein as the point of departure. The workshops attracted students, faculty and staff from various parts of the university as well two teachers from Maynard Jackson High School in the Atlanta Public Schools network. As with several previous Pre-Texts workshops at Emory and in the Atlanta area, there was, by design, an intentional mix of people with different roles in the university (from undergraduates to faculty and administrators) and in community organizations. This approach has proved productive as a way to demonstrate how hierarchies can recede into the background and mutual appreciation and respect can be foregrounded as everyone in the room steps into creative engagement with a challenging text.

Among the participants in the Frankenstein Pre-Texts workshops were Professor Karen Andes (Rollins School of Public Health at Emory) and Danique Gigger, a Master of Public Health student working with Professor Andes. Gigger is learning to facilitate Pre-Texts and is working on a project to use this methodology with Spanish-speaking immigrant parents as an approach to conversations with their adolescent children about sexual health. Andes, Gigger and Hartfield-Méndez plan to facilitate Pre-Texts workshops with parents of students in a nearby middle school in spring 2018. 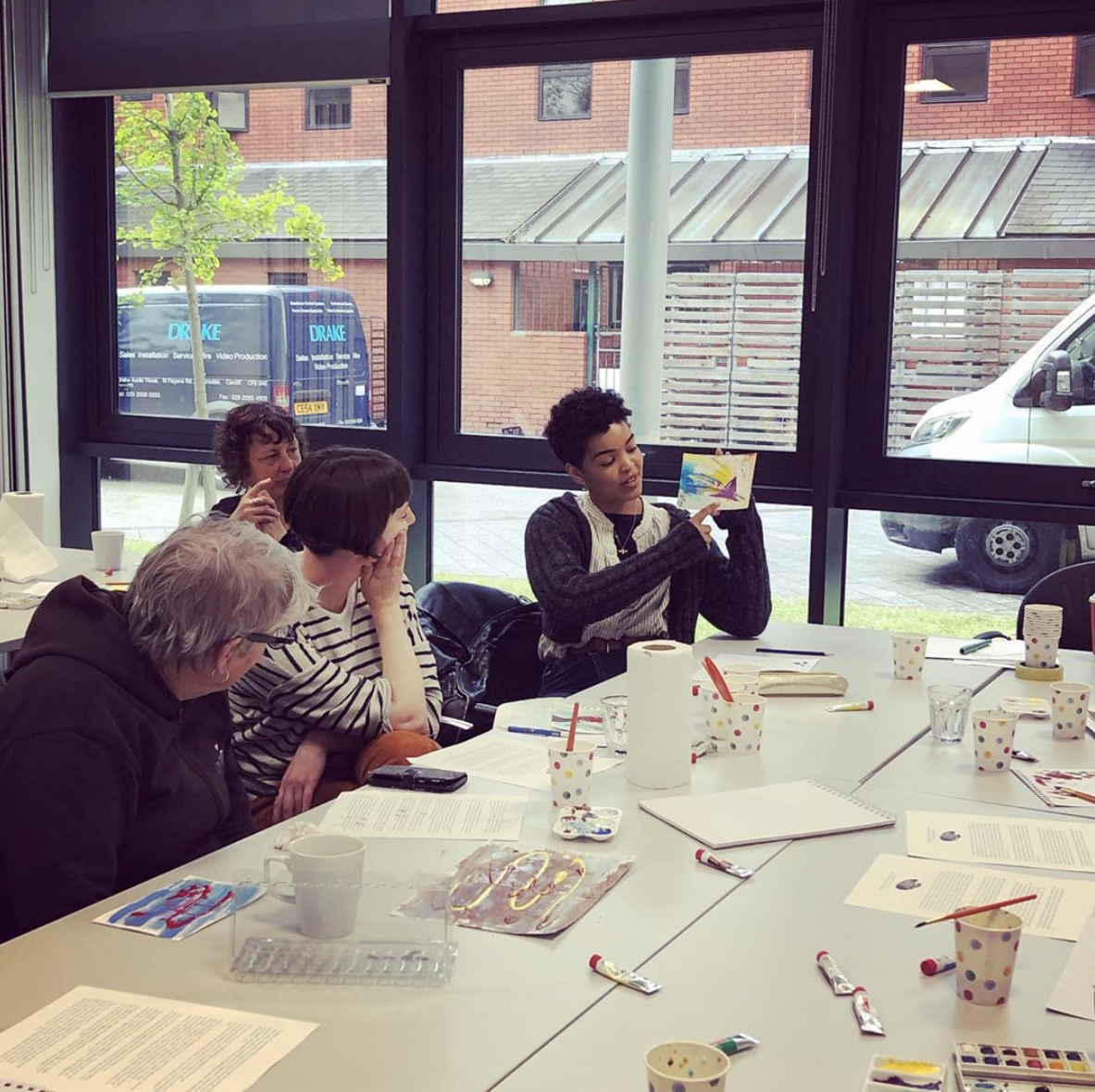