Polly Lauer facilitated a two-session mini workshop on Saturday, December 16, for the Brazilian Consulate in Boston, which included 30 members of the Boston-Area Brazilian community. The group read an excerpt from Clarice Lispector’s Amor. After completing the first steps of the protocol in the morning, participants looked at art in a pop-up gallery. The gallery included fifteen images of both famous and little-known works, such as traditional Dutch ships, Picasso’s “Guernica,” Sally Mann photography, Esther Ma’s “Abstract,” and more. Participants then chose an image and presented how it connected to the text.

The next activity centered on song. Participants were told to imagine they were seated next to the protagonist of the story as she suffers a mental breakdown on a train. They then selected songs to calm her down and had to explain why. In chorus, the participants wow’d the facilitator by joining together in singing beautiful, peppy Brazilian songs.

The final activity was inspired by the imagery of the excerpt, where the protagonist feels the trees are laughing at her. In pairs, participants wrote dialogues between characters in the story and inanimate objects and then performed them, illuminating new perspectives of the text.

The mini workshops were an invitation to the attendees to bring Pre-Texts to their institutions, schools, and organizations. 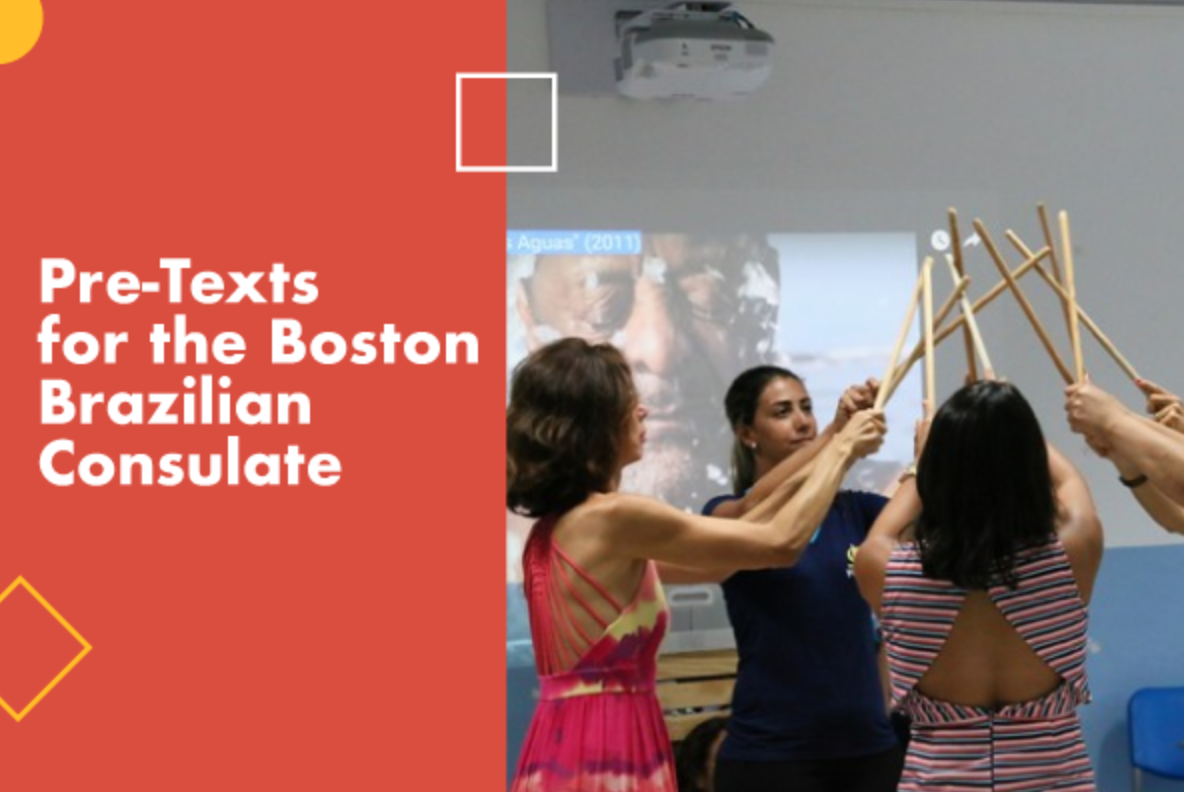