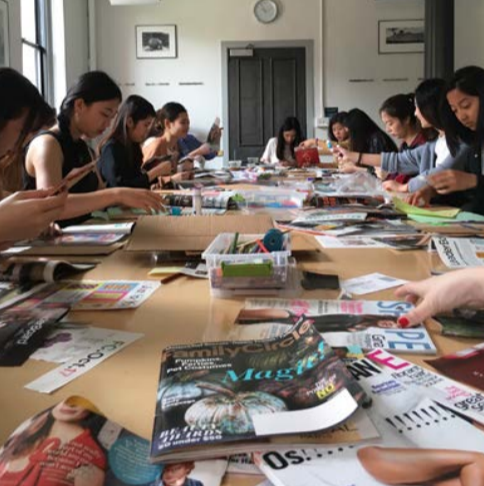 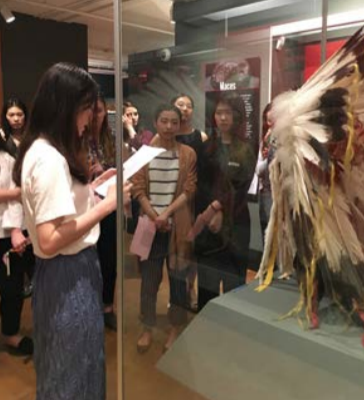 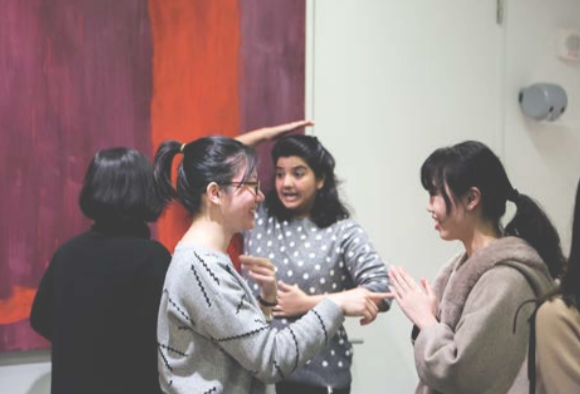 Pre-Texts facilitators chose Michel Foucault’s Discipline and Punish as raw material for training. The sessions took place at Harvard’s Peabody Museum and offered opportunities to connect the museum’s exhibits to the target text as students developed their creative skills towards academic and professional goals.

The first session began as always, with ice breakers, followed by the text read out loud as participants designed book covers. After book covers, everyone asked a question of the text, so that students had the chance to examine it both for basic language use and for high-order

concepts. They later led a gallery “amoeba tour” of the Peabody’s third floor: each student took a turn to adopt a line from Foucault for interpreting an object on display and then guided the others to reflect on the proposed connection.

In another particularly effective student-designed activity, the novice facilitators selected keywords from the text and randomly assigned them to participants. The participants then had to write a poem of at least six lines from phrases in the text to develop references to the assigned word. After each poem was read out loud, the group had a round table discussion about how some words stimulated similar poems and what that indicated about themes of the text.

The BU Arts Administration workshops demonstrated the holistic nature of Pre-Texts– It meets learners at their starting point and invites them to explore a challenging text as they acquire language proficiency, high level theory, and professional development all at once, while simultaneously building an accountable community.

See the full report below: 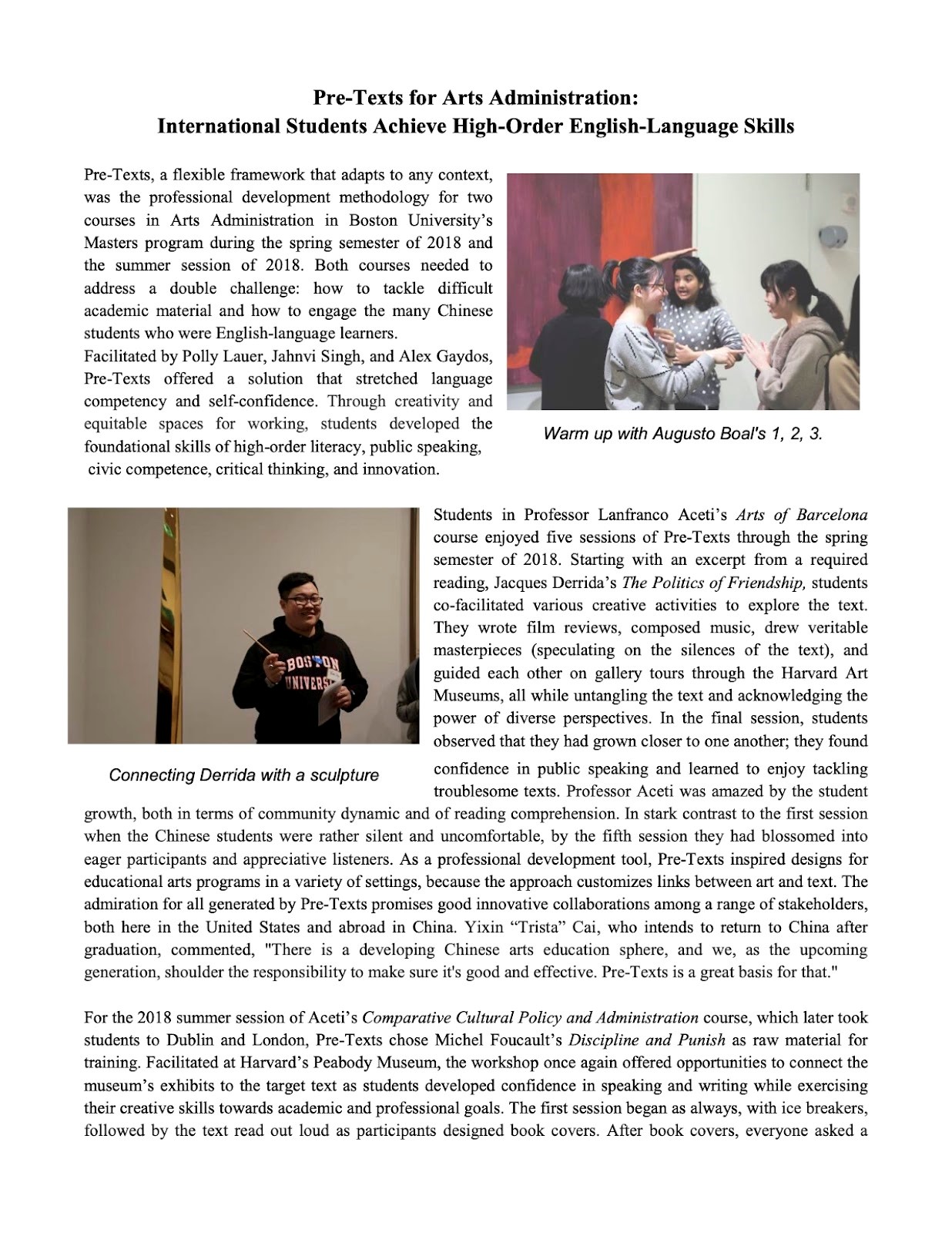 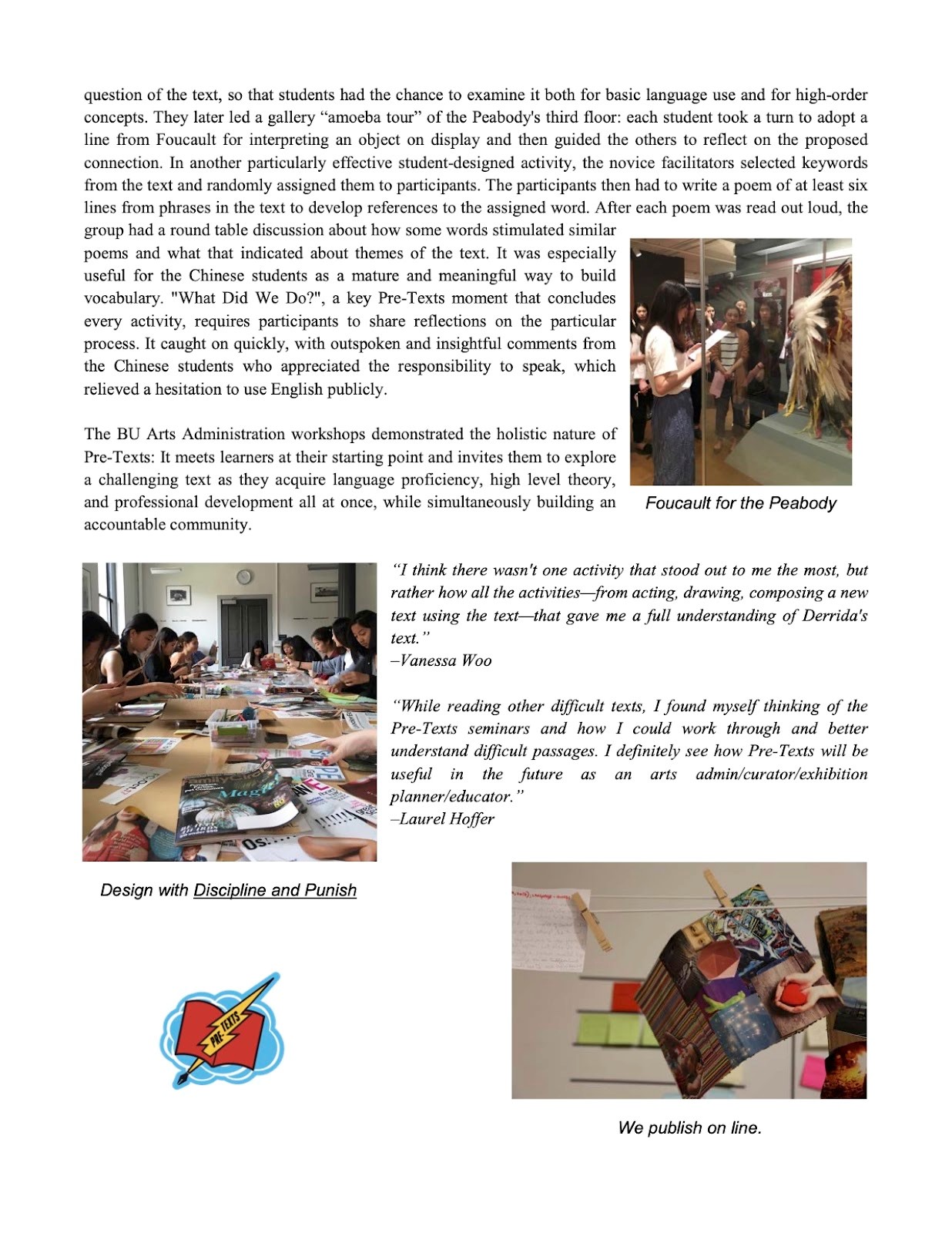